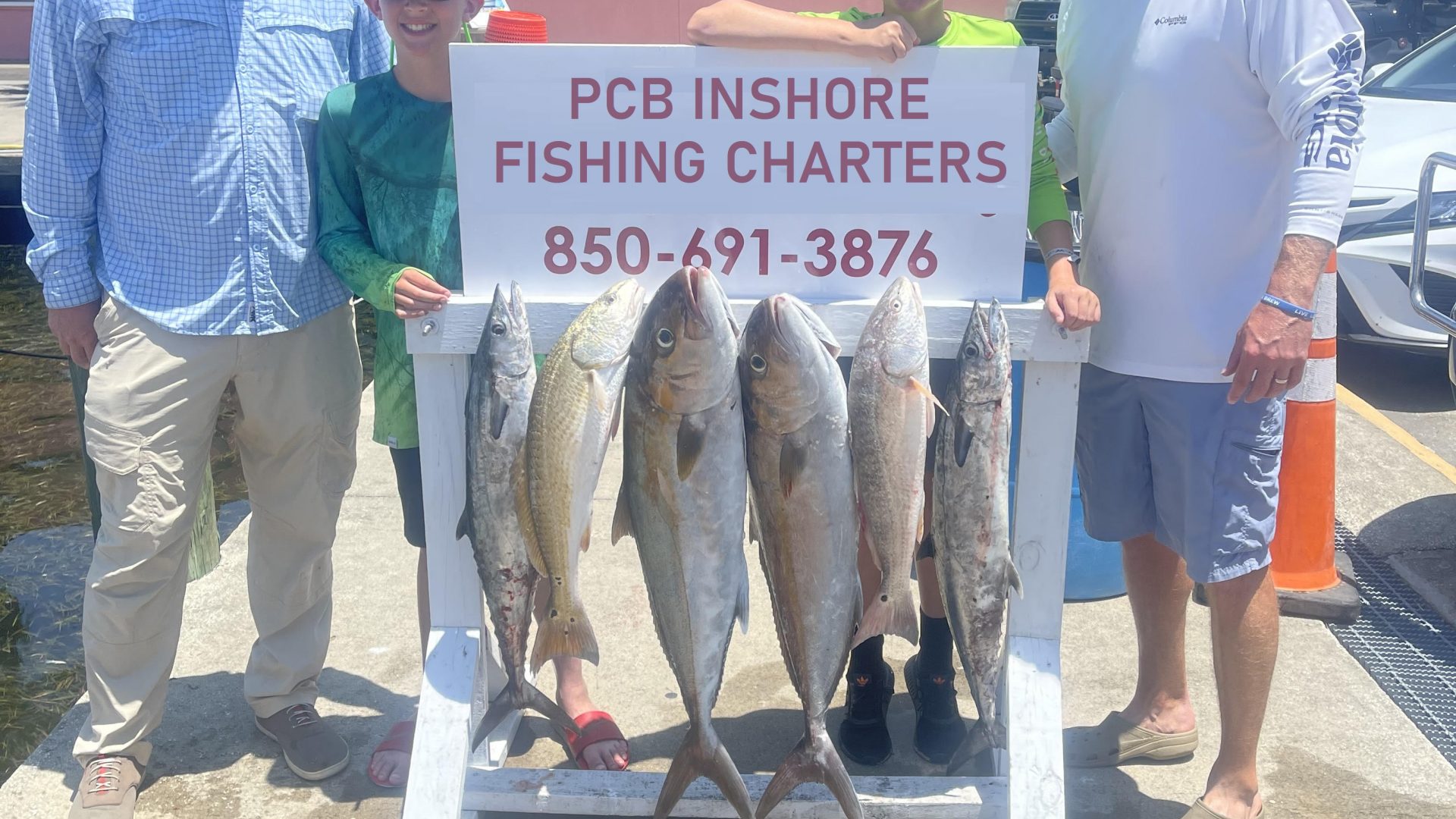 One of the best things about inshore fishing charters is the way it takes you away from the daily grind. No matter how long you’ve fished, every trip brings you some new adventure.

Whether you’re on a commercial charter with a group of other fishermen or a private outing with family and friends, you’ll be able to share your stories with others that have had the same experiences. 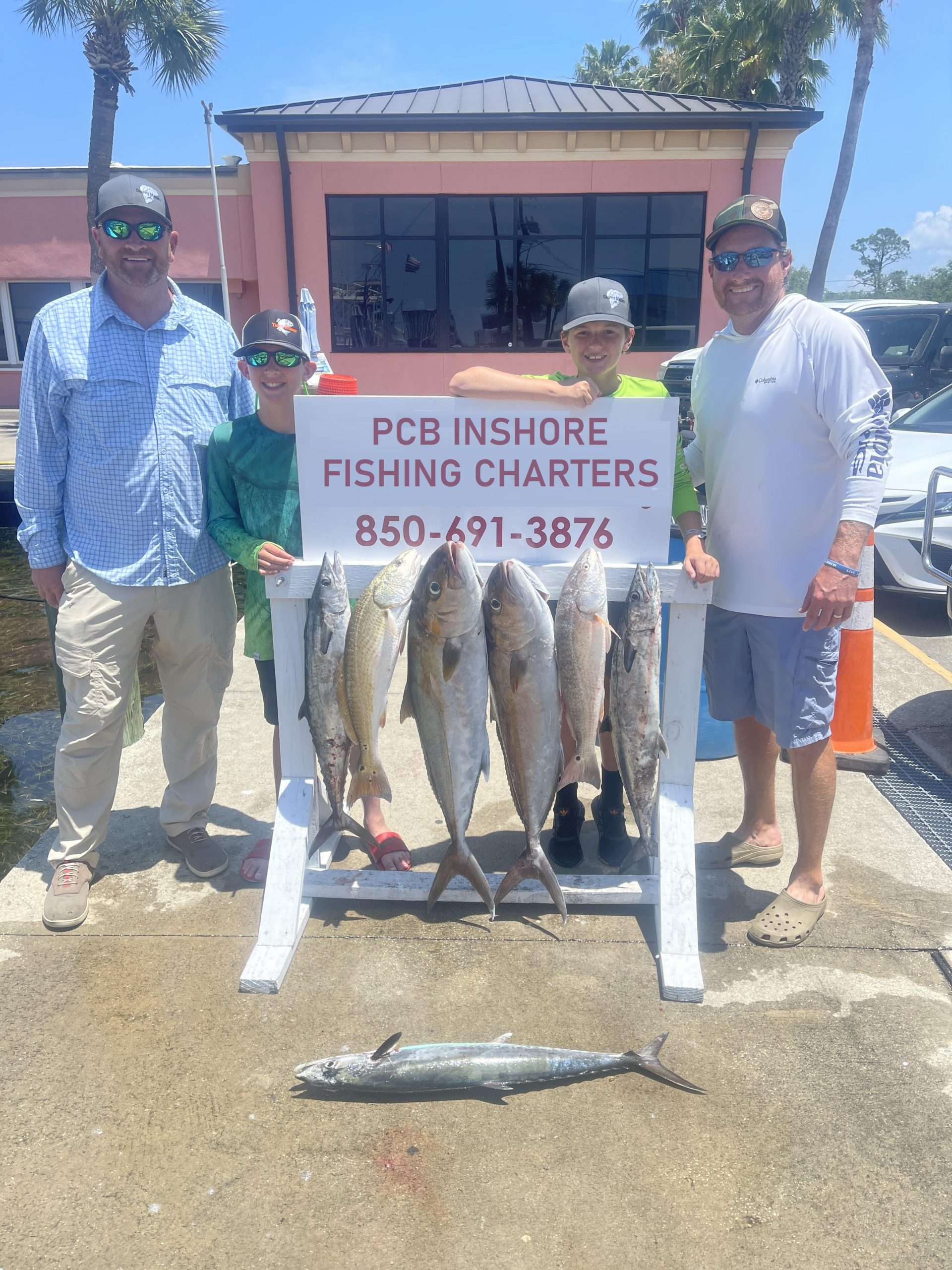 This Inshore fishing Charter trip was a fishing trip I had donated for a friend’s son’s baseball team as part of their fundraising for tournaments they were playing in throughout the summer. Coincidentally the coach of the team was the one lucky enough to win the fishing trip.

I had been talking on and off with Jamey for 2 years about the fishing trip. He told me on the trip he had actually forgotten he had a fishing trip. But, we were finally able to line something up.

Jamey brought along his son as well as his friend Jeff, He said he was ready to wear those two boys out. 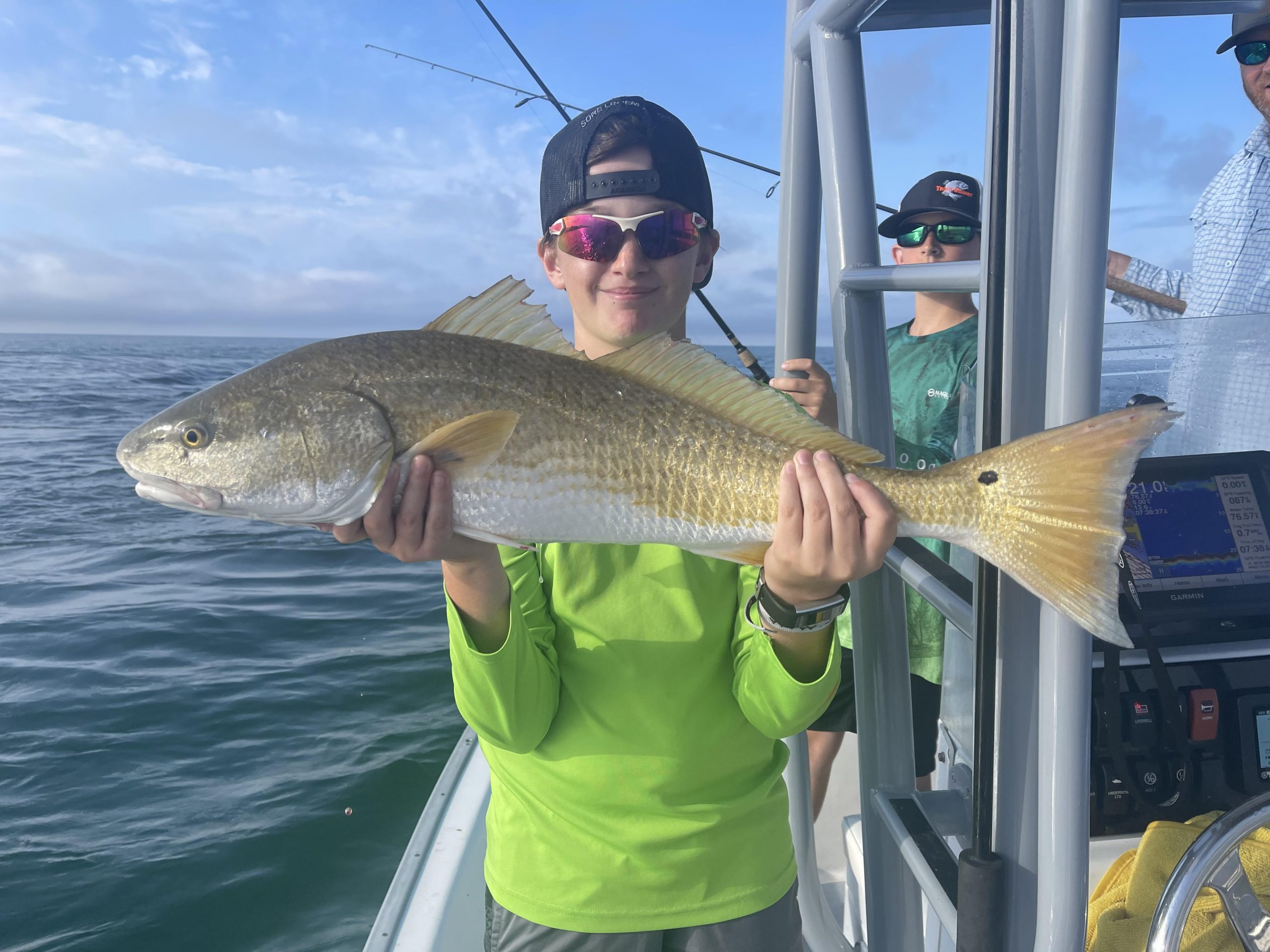 Our plan for the day was to take advantage of the nice weather and run out into the gulf and play tug of war with Amberjacks a.k.a. reef donkeys. While catching bait I got a report from another guide that the redfish were biting really well.

On our way out we stopped and caught a few redfish. Caught us a couple keepers to go in the box and we were on our way to go see how strong these boys were.

I punched in the coordinates to a spot I hadn’t fished in over a year and headed there with high hopes. We got to our reef and luckily for us there was fish there. The amberjacks were swimming on top following the boat. It didn’t take anytime and we were on, catching them as fast as we could. Reel them in and get bait back out in the water. 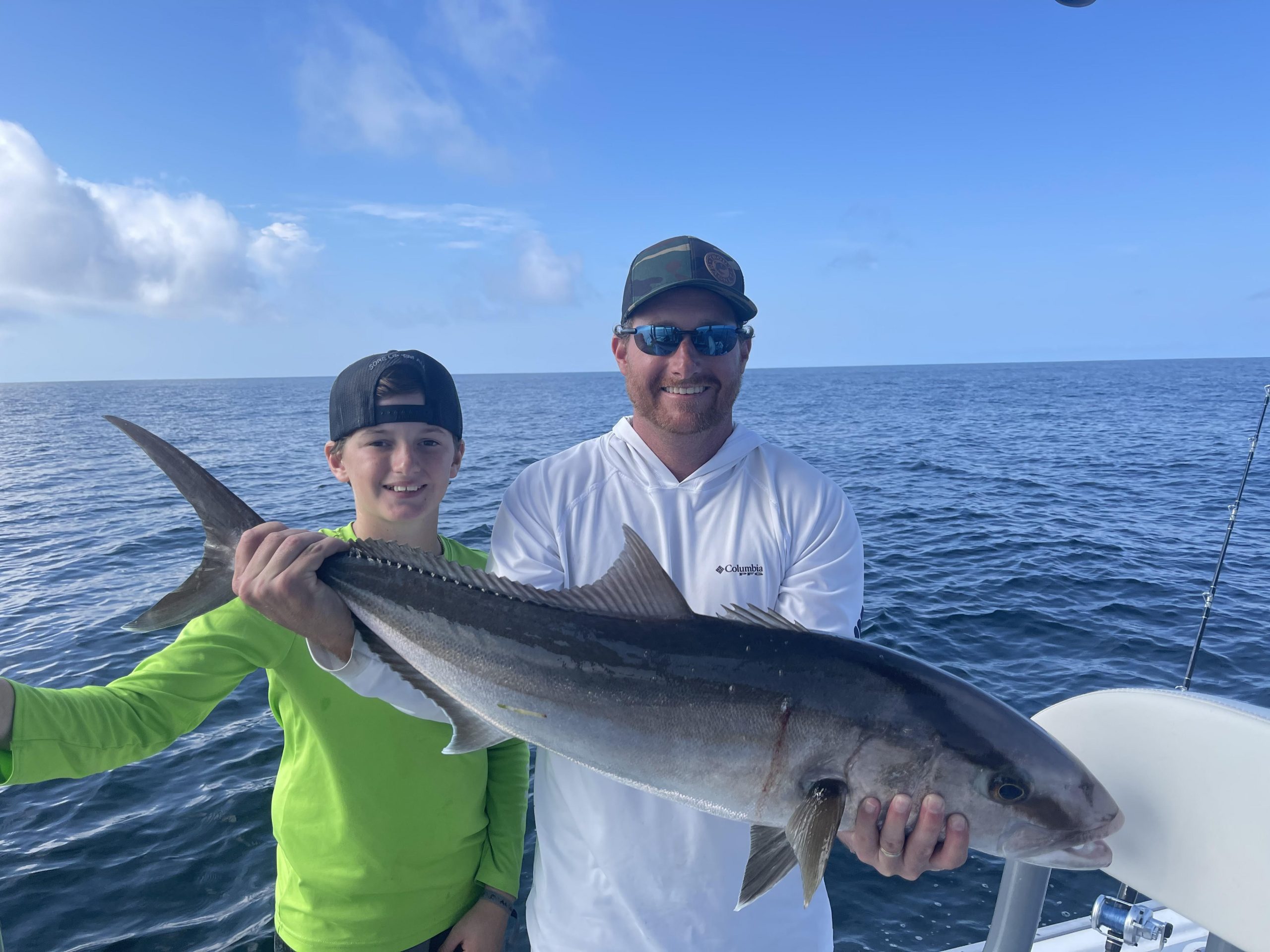 After we caught a couple keepers and wore the boys out I threw whatever bait we had left over out. We all sat back and watched as the amberjacks annihilated the baits on the surface. I even seen one jump completely out of the water to eat a bait which is something I had never seen before.

We made one more short run and caught a few king mackerels, got cut off by a lot more and before we knew it, it was time to head back in.